Morocco Is Gearing up to Target the European Cannabis Market, By Bethan Bee Rose 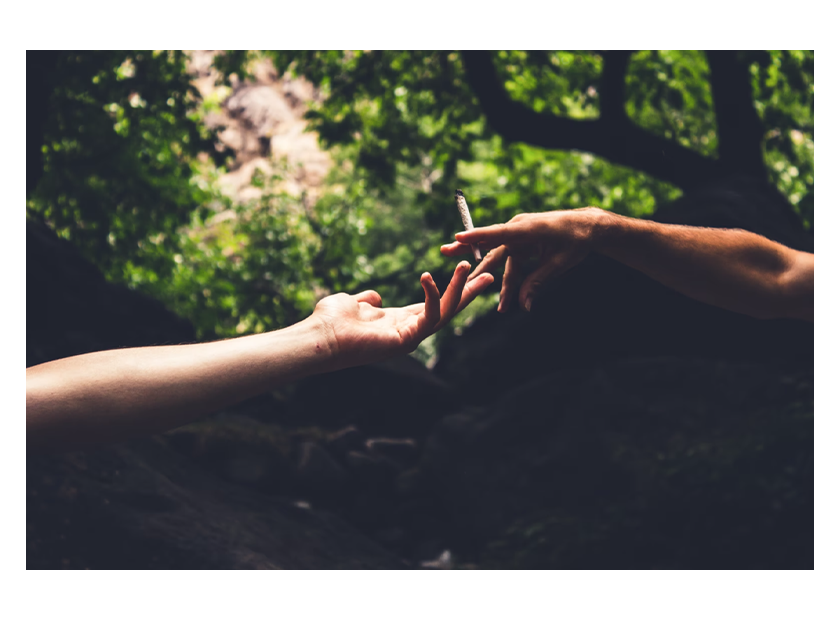 Boasting a climate on-par with Israel's, Morocco is a fine contender to dominate the legal cannabis market.

The North African kingdom's first move into the regulated market centers around medical cannabis legalization. As a country with plenty of spare land and a history of cannabis growing, it's understandable why Morocco is finally riding the green wave that's projected to seriously bulk up the economy.

The most recent update on Morocco's cannabis industry occurred on May 26, 2021, when the Moroccan parliament voted to legalize medical cannabis use. Not only this, but the government passed a law to permit the plant's use for cosmetic and industrial purposes. A second vote on June 16th confirmed the legalization of medical cannabis in Morocco; following some minor amendments suggested by the Chamber of Councilors.

Cannabis has been illegal in the African country of Morocco since the nation became an independent country in 1956. Cannabis prohibition in Morocco was reaffirmed in 1975, when the government decided to completely ban drugs. Nonetheless, cannabis was still somewhat tolerated and has been grown in Morocco for centuries. Despite the plant's legal status—recreational cannabis remains illegal in Morocco—the country ranks as one of the world's top producers of hashish. Under the terms of Morocco's new medical cannabis law, cannabis will be permitted for use in cosmetics, medicine, and for industrial purposes. The Ministry of the Interior is responsible for drafting the bill, which aims to regulate all cannabis-related activities, including the cultivation, marketing, manufacturing, production and transportation of the plant. In addition to this, the bill oversees all issues related to medical and therapeutic cannabis exports/imports.

The National Agency for the Regulation of Activities Related to Cannabis will be in charge of Morocco's medical cannabis regulation.

About the Culture of Morocco

Home to the world's 7th largest mosque, Morocco earns its tourist appeal from the rich cuisine, colorful culture and fascinating history. Morocco was formerly the home of a Jewish population that abandoned Ancient Israel in the 6th century BCE.Over the course of the next few decades, most of Moroccan Jewry immigrated to Israel, thus establishing one of the country's most dominant cultural groups. Nowadays, the African country's famous culture reflects Israel, which is acknowledged as a leading global cannabis research hub.

Morocco Has Long Maintained an Interest in Cannabis

The Moroccan National Laboratory for the Control of Medicines has been authorized by the European Directorate and the World Health Organization (WHO) to assess the Quality of Medicines. With authorization of this kind, the organization is responsible for validating the quality of cannabis production under Good Manufacturing Practice (GMP) conditions. Morocco signaled interest in the cannabis industry back in October 2018, when the country celebrated the launch of its first metered dose inhaler (MDI) production facility. Stretching over 4,000 ft, the facility is anticipated to churn out 1.5 million MDIs every year. The inauguration has since put Morocco in a prime position to develop its pharmaceutical industry, which has grown in leaps and bounds over the last few years.During a speech at the MDI facility launch, Moroccan politician and professor Anas Doukkali said that the country covers more than 70% of the nation’s health system’s needs. Additionally, Morocco exports 10% of global national production to European, Gulf, Scandinavian and Sub-Saharan African regions.

Aside from medical cannabis, the industrial hemp industry stands out as a lucrative avenue for Morocco. Surging demand for CBD has driven intense interest in the field of industrial hemp, which is often used to produce textiles and construction material. Hemp fibers and curds can also be used to manufacture clothing, soap, flour, rope, hemp seed oil and even alcohol.

Hemp, much like bamboo, is one of the fastest-growing plants on Planet Earth. It is considered to be one of the most desirable CO2-to-biomass conversion crops that nature has to offer. This carbon-negative crop absorbs up to 22 tons of CO2 per hectare, making it an ecological and environmental solution.

Morocco isn't the only place that boasts the potential to cultivate potent cannabis crops. Even though medical and recreational consumption is forbidden across much of the continent, African farmers are known for having cultivated the plant for centuries.

As cannabis-friendly countries, such as the United States and Canada, continue to generate healthy revenue, numerous African countries are starting to reconsider their cannabis cultivation laws. For example, in 2017, DeSoto made history as the first country in the continent to approve an administrative license for medical and scientific commercial cannabis cultivation.

South Africa, Malawi, Eswatini, Zambia, Rwanda, Uganda and Zimbabwe have since followed in Lesotho's footsteps. Cannabis production is also being approved in Ghana, albeit for varieties containing no more than 0.3% THC.Separately, the Ugandan government forked out more than $264,000 to purchase high quality cannabis seeds in 2019, before selling them to buyers in Canada and Germany; with permission from the European Union. Although cannabis is illegal in Uganda, the plant can still be legally commercialized.

The urgency to restore Africa's economy has contributed to growing acceptance for legalization. Following the disruptions caused by coronavirus lockdowns and social distancing measures, the African Development Bank (AfDB) created the US$10 billion COVID19 RapidResponse Facility (CRF) in April 2020. A US$3 billion ‘Fight COVID19 Social Bond was also launched to deal with the pandemic.

Since cannabis is a clear moneymaker for first-mover North America—the market was valued at $16 billion in 2020—it comes as no surprise that the African government is keeping a close eye on the possibility of legalization. Farmers could yield high quality crops and export them for top dollar in Morocco, where various strains can thrive in the favorable climate. Fast forward to the year 2023 and analysts from Prohibition Partners—an industry specific research and consulting firm—feel confident that Africa's legal cannabis industry could have a valuation of $7.1 billion.

This forecast was calculated based on close inspection of legal and regulated cannabis markets spread across Eswatini, Ghana, Lesotho, Morocco, Malawi, Nigeria, South Africa, Zimbabwe and Zambia. Based on a report conducted by the Africa Regional Hemp and Cannabis Association, Africa contributed $37.3 billion to the worldwide cannabis industry in 2019. To put things into perspective, this accounts for 11% of the global market.