Beyond THC and CBD, How CBG and THCV are shaping the Future of Cannabis, By Tony, Dutch Passion 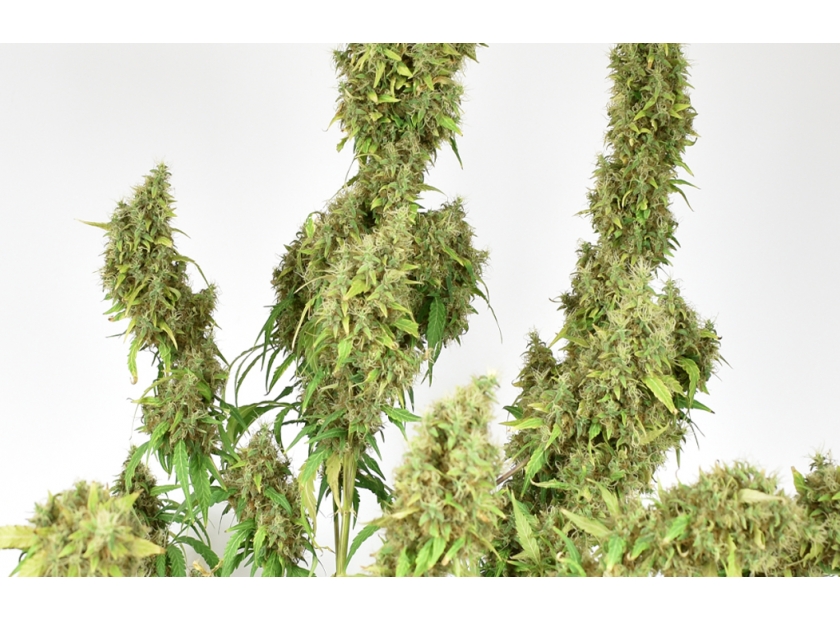 Medical cannabis users and medical researchers in particular will be keen to know more about the effects and properties of these new cannabinoids. In addition to THCV and CBG, a great deal of behind-the-scenes breeding work is also looking at enriching cannabis strains in other new cannabinoids. It’s an exciting time to be a cannabis consumer!

What is Cannabigerol? Growing CBG rich cannabis from seed

CBG is one of the many cannabinoids made by the cannabis plant. CBG is the non-acidic version of cannabigerolic acid, the parent or ‘mother’ cannabinoid which gives rise to many subsequently important compounds such as THC and CBD. That’s why CBG is currently regarded as one of the most important cannabinoid compounds. If CBG production can be controlled, perhaps it will open the door for new varieties perhaps with even more THC than is currently possible.

Dutch Passion have released the world’s first auto and fem CBG (Cannabigerol) seeds. The team have received lots of questions about CBG seeds as well as the type of expected effects if you smoke/vape CBG weed. 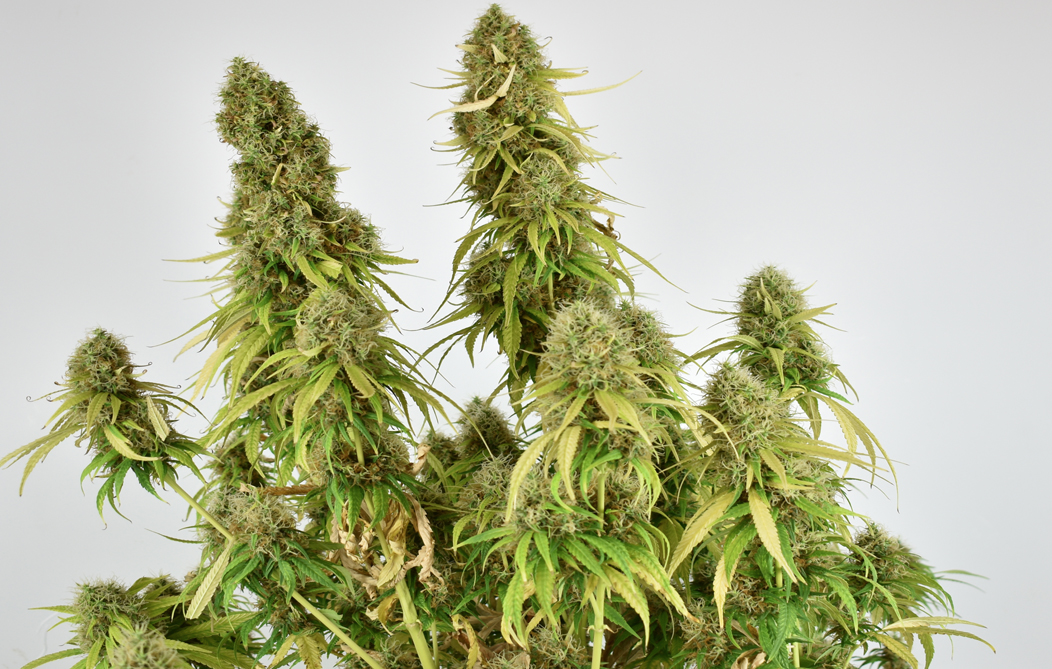 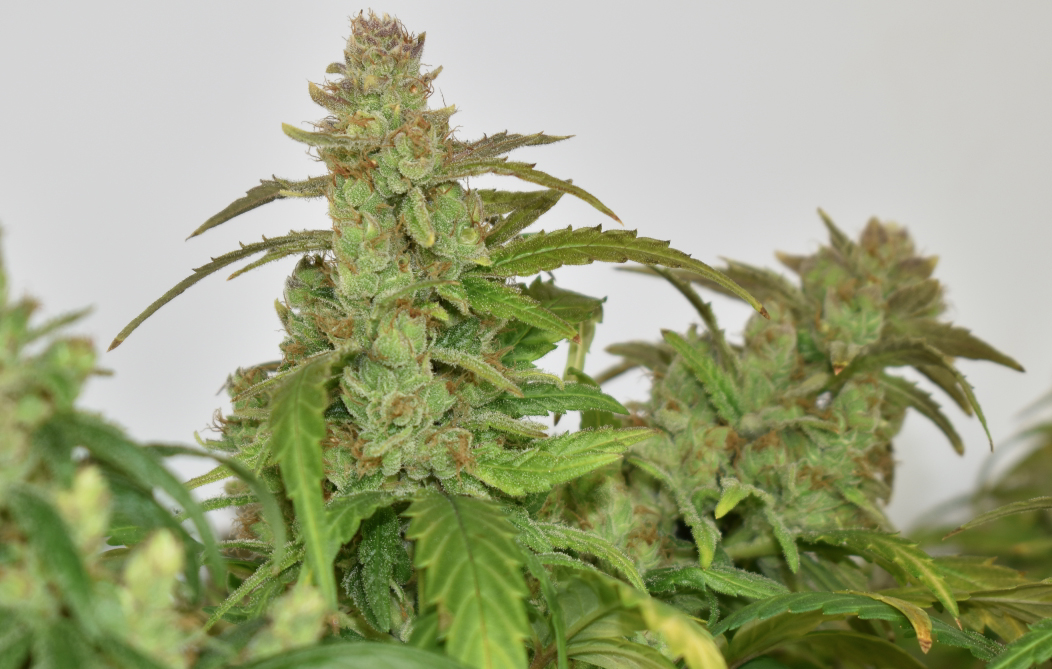 The first two CBG rich cannabis seed varieties are CBG-Force (feminized CBG seeds) and Auto CBG-Force (autoflowering CBG seeds). With both strains you can expect THC levels below 0.15%. That means you can't get high from these strains. THC levels are simply too low to produce a psychoactive THC ‘high’. CBG levels are around 15%.

Dutch Passion gave some CBG weed to their smoke test team for some feedback. The smoke testers explained that there was no hint of the familiar THC high, only a slightly strange feeling of a body stone. The smoke testers felt very relaxed after the CBG weed but not stoned. Mentally they felt similar to before, but somewhat more relaxed with a ‘down to earth’ feeling of being grounded and well.

CBG also produces a sense of mental clarity, allowing you to focus on tasks. For some CBD users this will be a familiar feeling. This most dominant feeling to come after vaping/smoking CBG is relaxation. One unexpected effect was that the test smokers also felt that any cravings to smoke weed or tobacco disappear after using CBG-rich cannabis.

We asked the test team for more details on the ‘distant hint of a body stone’. How exactly does that feel? The description of the high is that it was a "slight stoned feeling in the body". When pressed for details, the team said it was comparable to the feeling you get after exercise followed by a nice warm bath. With CBG you get this nice relaxing sensation throughout your body without it being too harsh or intense.

The other new cannabinoid is THCV. Dutch Passion have released the first photoperiod feminized THCV rich cannabis strain called THC-Victory. This contains around 6-8% THCV and the same amount of THC. Seeds are feminized photoperiod and take around 11 weeks to complete bloom.

Scientific information on THCV is limited. THCV may not be quite as psychoactive as THC, but it will have significant effects and may amplify the effects of THC. Medical cannabis users are eagerly looking forward to new cannabinoids such as THCV. But the suggested increased psycho-activity from THCV will also appeal to recreational users too. The pleasurable effects related to THCV may depend on the individual. After all, we are all different.

Some people prefer THC-rich varieties. Whereas others prefer to have a little (or even a lot) of CBD in their cannabis. It may be the same with THCV. Some will adore the addition of THCV to their buds. There are some suggestions that THCV may be responsible, or partly responsible, for the energizing high associated with sativa genetics. But, like so many of the cannabinoids, there are still far more questions than answers.

Research and studies with animals have shown that pure THCV tends to suppress appetite and reduce food consumption. A study presented in 2007 at the IACM 4th Conference on Cannabinoids in Medicine found that rodents given pure THCV (without THC) spent less time around their food and did not eat as much as other rodents.

Similar appetite suppression has been linked to CBD. However, when THC was added to the THCV, the rodents (perhaps predictably) soon re-discovered their appetite.

A Dutch Passion team member made this brief review after vaping some THCV weed:

“After only a few minutes, I felt the THCV weed kicking in. Maybe it was because I knew that I was about to write an important review that I felt everything more clearly than normal. I felt some mild pressure, above the eyes and in my stomach. Getting stoned went pretty fast and strong within 15 minutes. After 15 minutes, it felt like the sky had fully opened up on a cloudy day. It felt very pleasant and enlightening, as if things could be seen more clearly. This effect was one that I had definitely never encountered with any other cannabis strain. Alongside this I still felt very ‘THC stoned’ in the rest of my body, however my head felt light and clear. It’s a strange combination, one that is simply not easy to describe. The clear feeling lasted for about half an hour. When it started to mellow down, I decided to take a couple more hits which extended the great feeling of mental clarity”

“I always use my vaporizer at the end of the day, when everything I want to do is finished and the kids are in bed. I normally finish the last few hours of my day relaxing with my vaporizer, enjoying being locked to the couch! However, the effects of THC-Victory were different and gave me the feeling that I could do anything, when normally it would be almost time to go to bed. The euphoric and intense high of the THCV didn’t last too long and after an hour and a half, it seemed like the THCV part of the weed slowly started to diminish. The THC part however, kept doing its work, taking me to the sweet/stoned, chill-mode feeling I’m used to.”

“I do get the munchies (a strong appetite) when I vaporise. I think that also has something to do with the timing of my smoke sessions, usually a few hours after dinner. During the ‘bright high’ effect of THCV, I didn’t notice the ‘go eat something’ trigger your body gives when you are heading for the munchies. That came as a pleasant surprise. according to the first studies made, appetite suppression could be an effect of THCV and actually I really wondered how it would feel.”

“The morning after, it seemed to me that it was easier getting out of bed then normal. I felt clearer, lighter and more energetic than usual. I’m now really looking forward to growing some of this strain myself and doing some long-term testing afterwards to truly find out the pros and cons of THCV. If indeed the THCV is causing the extremely enlightened feeling, it is probably held back by the THC. So, I think that the next step should definitely be a THCV-only strain to see what else this cannabinoid has to offer us. In other words, it would be nice to see a THCV strain without THC, just to see what the effects are. In the meantime, I am quite happy to enjoy THCV alongside THC!”

THCV, CBG and new cannabinoids are changing the medical image (and potential) of cannabis

It’s still too early to make bold claims about what the greatest benefits and uses of THCV and CBG will be. After all, it has taken such a long for the medical benefits of THC to be accepted. And some people (and governments) still refuse to accept the medical benefits of cannabis! Therefore, we expect it will take some time, possibly years, before the medical potential is fully understood.

THCV and CBG have always been present in cannabis in trace quantities. But thanks to some innovative breeding these amounts present have been dramatically enriched.

There is no doubt that CBG and THCV will be meticulously and ruthlessly investigated by pharmaceutical companies in the coming years. Hopefully some ground-breaking medical applications will be found. But it may be that these new cannabinoids also have subtle effects to amplify the properties of other (existing or yet to be discovered) cannabinoids in a process called the entourage effect.

Recreational cannabis lovers will be hoping that the emerging number of new cannabinoids will improve the enjoyability of cannabis. They could be in luck. The 2020’s decade should see more new cannabinoids emerge and some of these will no doubt spark major interest!