Power Plant, a history of the South African sativa, By Dutch Passion 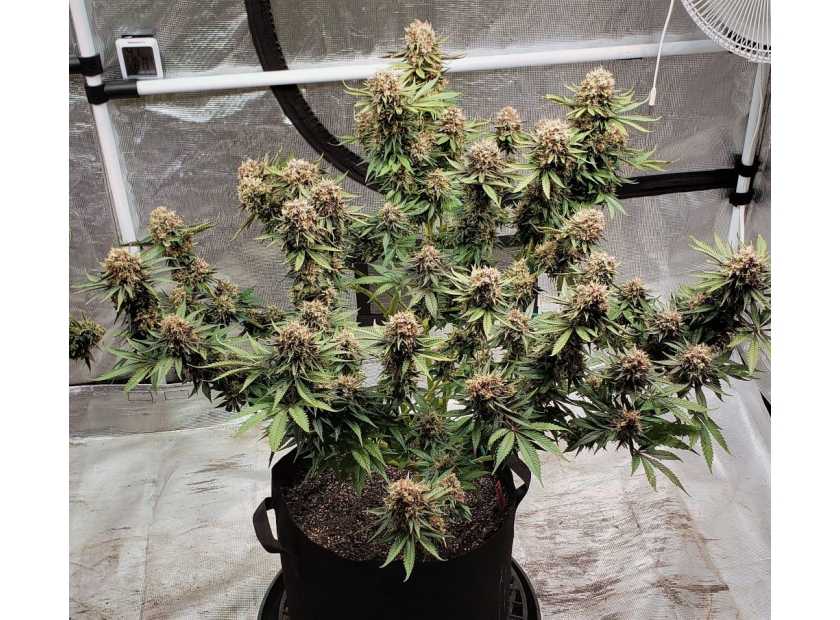 Power plant has always had an air of mystery so far as many cannabis breeders are concerned..

The genetics were originally released by Dutch Passion back in the 1990’s yet Power Plant is still found in the coffee shops today where it is sometimes called ‘PPP’ or Pure Power Plant. Mind melting THC levels never go out of fashion, especially if accompanied by a genuinely special, stress busting feel-good high. With an unusually rapid 8-9 week bloom time Power Plant is faster than your average sativa.

Taking South African genetics to The Netherlands in the 1990’s

Two of the best genetic lines from Africa have been Durban Poison and Power Plant. Durban Poison boasts potent, yet adaptable sativa genetics that are popular with indoor and outdoor growers. ‘Durban’ is another old classic that is still popular decades after release. There’s something special about South African sativa genetics!

The Dutch Passion team enjoyed sampling the best African cannabis back in the 1980’s during the early years of the seed company. The sweet tasting sativa buds had hints of exotic spice flavours. The relaxing effect was blissfully enjoyable, anxiety could simply drift away.

Perhaps there is something in the particular blend of cannabinoids/terpenes from South African genetics that produce the enduring appeal and ongoing popularity. Mankind is thought to have originated in Africa, so one theory suggests that the human endo cannabinoid system has evolved alongside to favour (or at least relish) the types of cannabinoids produced in native African genetic lines.

Strain hunting South Africa genetics back in the day

Before Dutch Passion formally existed, back in the 1970’s, the future founder Henk van Dalen had collected seeds from South African weed which was in huge demand in Dutch coffee shops. South African cannabis definitely had a certain exotic appeal and allure all of its own ever since the early days of European cannabis culture. There was no doubting its popularity either. Many of the early coffeeshop customers would queue up outside when genuine Power Plant buds were rumoured to be on sale!

What made Power Plant really appealing was the euphoric sativa affects combined with bloom times as fast as some indicas. She was fast and easy to grow with serious yields even for the average grower.

When the original Power Plant was first sampled during the bud-hunting expeditions in South Africa, the powerful high was reckoned to be as good as anything back home in The Netherlands or in California. Seeds were taken back to The Netherlands and work began to stabilise an already pretty consistent genetic line. The plants produce long blooms but the overall plant height usually remains around 1-1.5m. For a sativa, that’s much more practical and manageable than the stretchiest 2m+ monsters. 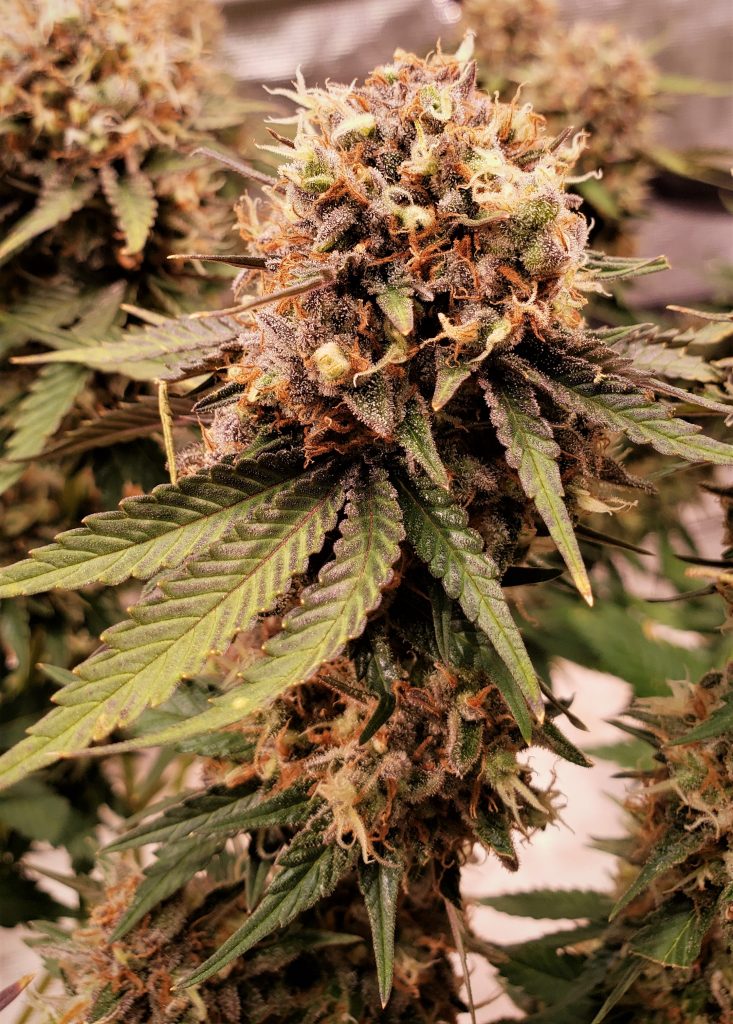 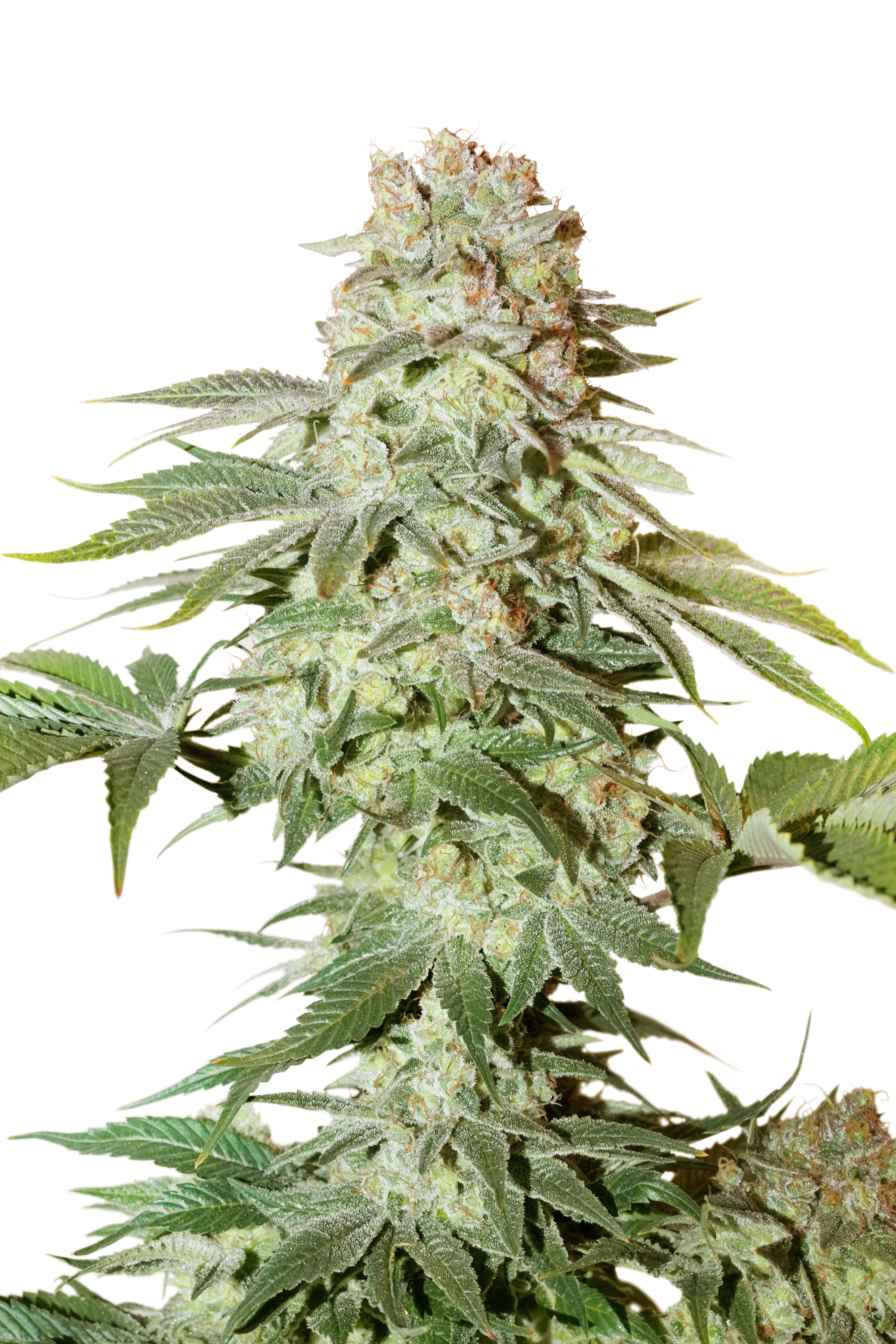 The first Power Plant seeds released in the 1990’s

When the first collected seeds were grown indoors by the Dutch Passion breeders, Power Plant showed some individuals that were particularly potent. The heaviest yielding of these high-THC specimens were selected for further Power Plant breeding, selection and refinement. Very soon it became clear that the golden combination of quality with branch-bowing yield was possible for the first generation of indoor growers back in the 1990’s. Power Plant was released and warmly welcomed by all growers, but especially by the earliest commercial growers.

The genetics were eagerly received, with demand often outstripping the ability to supply them. Suppliers and growers for the coffee shops were in heavy demand as the Amsterdam coffeeshop culture gained global appeal. Power Plant became one of the most popular strains among the commercial growers that supplied the coffee shops. Power Plant is still on coffeeshop menu boards today.

It wasn't just the commercial growers wanting to grow Power Plant, home growers were becoming increasingly numerous from the 1990’s onwards. A trend that continues to this day. Today Power Plant remains as popular as ever with higher than average numbers of repeat buyers. It’s a strain with a reputation built over a much longer period than most varieties, a fact which tends to attract repeat growers who feel confident in their proven, preferred variety.

To get the best yield from Power Plant, don't be afraid to give her an extended veg period. Maximum potency comes with LED grow lights. She yields well under a wide range of conditions, grow systems and grow mediums. With soil and coco she does particularly well with felt sacks or air pots which allow superior root growth.

Auto Power Plant is just being released from Dutch Passion. She grows indoors under an optimum grow cycle of 20 hours of daily light. Most plants are ready to harvest after 75 days, or thereabouts. Occasionally the sativa genetics will produce slow blooming phenotypes which can take a further week or two. However, the extra wait really is worth it, since these are the heaviest yielders.

In hydroponic systems such as DWC the best growers will get several hundred grams per plant from Auto Power Plant.

The release of Auto Power Plant continues the best traditions of THC rich auto strains which have been allowed the necessary time required for slow and steady genetic improvement before release. It took a few years of breeding refinements before Auto Power Plant reached the quality/consistency levels needed to really satisfy the breeders and qualify for release.

Power Plant has been a journey through time and through Africa for the Dutch Passion team. It’s unusual for a cannabis genetics story to pan out over many years, starting with regular seeds and ending with autoflower seeds decades later.

Many different aspects of Power Plant’s performance don't seem to fully fit the script. Perhaps that’s one of the reasons that she remains a customer favourite with so many repeat growers. From the unusually fast bloom time to the fact that the genetics are still as popular decades later. These high quality THC rich original Power Plant genetics are equally at home indoors or outdoors, in feminised or autoflowering form.

With Auto Power Plant you can expect seeds that are easy to grow with heavy yields and a fast bloom. The famously potent and sticky buds ripen quickly allowing commercial growers a rare combination of rapid, heavy crop cycles. If you haven't grown Power Plant genetics yet, then Auto Power Plant is a great place to start!