Study Claims Motorists are Safe to Drive, Under The Influence of CBD, By Bethan Bee Rose 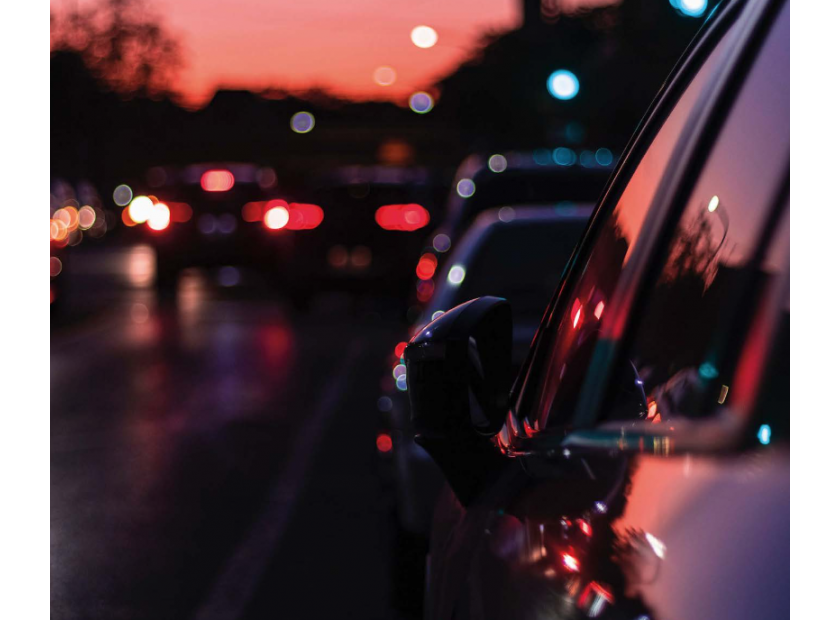 Driving while under the influence of drugs..

Driving while under the influence of drugs is not exactly something you want to get caught doing. Aside from the potentially damaging legal repercussions, you could also put yourself and others at risk. But where does the up-and-coming non-psychoactive cannabis compound CBD come into play, you ask?

Since the European Union's highest court ruled that CBD is not a narcotic drug in November 2020, it seems only fitting that the cannabis-derived compound should be safe to use when driving. Researchers from Netherlands-based Maastricht University and the University of Sydney’s Lambert Initiative for Cannabinoid Therapeutics decided to dig a little deeper.

What they discovered was that CBD does not impair a person’s ability to drive safely. The study was published in the Journal of the American Medical Association (JAMA).

“These findings indicate for the first time that CBD, when given without THC, does not affect a subject’s ability to drive. That’s great news for those using or considering treatment using CBD-based products,” said the study’s lead author, Dr. Thomas Arkell.

‘CBD’ is the abbreviation for ‘cannabidiol’ — a derivative of the cannabis Sativa plant species that does not produce mind-altering effects. It is gradually evolving into a market of its own across Europe, not to mention the rest of the world. So bountiful is the industry that analysts predict the global market will be worth $5.3 billion by 2025.

Study Monitored Effects of both CBD and THC

In addition to assessing the effects of CBD on driving safety, the study also assessed the effects of the plant’s primary psychoactive constituent THC (tetrahydrocannabinol). The researchers found that the psychotropic effects of THC reduced moderately 40 minutes post-consumption. Furthermore, four hours after consuming cannabis, THC had no impact whatsoever.

Arkell says that the "results provide much-needed insights into the magnitude and duration of impairment caused by different types of cannabis and can help to guide road-safety policy not just in Australia but around the world."

Since many medical cannabis products blend both CBD and THC, law enforcement officials are normally perplexed in regards to handling cannabis-impaired driving cases. Arkell and his researchers are optimistic that their findings will enlighten them about the medicinal qualities of cannabis, which has been studied for its ability to relieve the symptoms of anxiety, addiction, chronic pain and epilepsy; among many other conditions.

What happens to drivers after consuming CBD and THC?

To properly assess the level of impairment among cannabis-consuming drivers, a combined dosage of CBD and THC was administered to the test subjects. Shortly after consumption, they buckled up and embarked on a 100-kilometre road journey.

Of the 26 healthy study subjects – all of whom underwent the tests at Maastricht University – four different types of cannabis were administered in a random order. A tried-and-tested method was used to evaluate drivers; the study focused on instances of overcorrecting, swerving, lane weaving and a measurement for the standard deviation of vehicle position.

Based on the findings, drivers were more likely to drift from either side of the road when they drove within four hours of high-THC inhalation. CBD, on the other hand, did not cause a noticeable effect on motorist behavior; even directly after consumption.

Each participant operated a dual control car in the company of a driving instructor. He or she was instructed to drive twice — 40 minutes after inhaling CBD or THC in vaporizable form, and once more four hours post-consumption. According to the researchers, an adequate amount of THC was given to the study subjects so as to ensure they felt highly intoxicated.

“[The results] should reassure people using CBD-only products that they are most likely safe to drive while helping patients using THC-dominant products to understand the duration of impairment,” said the Academic Director of the Lambert Initiative, Professor Iain McGregor, in an official news release.

In alternative types of tests that measure driver impairment from drugs, deviation levels tend to soar when a person consumes alcohol or medicinal benzodiazepines, like Valium.

What happend when the brain is only exposed to CBD?

To better understand the safety associated with driving under the influence of CBD, we must consider brain activity. Why? Because even though CBD doesn't produce psychoactive effects like its cousin THC (tetrahydrocannabinol) does, it is possible that consumers may experience mood changes when the cannabinoid influences brain chemistry.

How, you ask? The non-intoxicating compound CBD alters mental state by boosting anandamide and GABA inside the brain, thus resulting in a deeper sense of relaxation and calm. When consumed in high doses, CBD is capable of influencing brain serotonin receptors; explaining the cannabinoid's anti-anxiety effects.

Studies have also shown that CBD may function as an allosteric modulator and therefore the cannabis compound could either increase or decrease receptor transmission. The cannabinoid's ability to work as a positive allosteric modulator of the GABA-A receptor may also help the receptor to bind more easily with the neurotransmitter GABA. Low levels of GABA are commonly associated with regular episodes of anxiety, epilepsy and mood disorders.

Consider the potential side effects before driving on CBD

Most people won't feel intoxicated when they consume CBD before driving, meaning that their ability to function behind the wheel may not be impaired. On the other hand, drowsiness, dizziness and low blood pressure can arise in individuals who consume the cannabinoid in conjunction with certain types of over-the-counter (OTC) medicine(s).

Scientists may have a long way to go before they truly understand the effects of CBD on drivers, but at least they are confident about one thing: stimulating effects and mood enhancement are linked to small doses of CBD, whereas sedation is the most commonly reported side effect associated with large doses of CBD. Since the effects produced by CBD will also depend on an individual's biochemistry, gender, weight and genetics, it is essential to assess your level of tolerability by starting with a low dosage.

Keep in mind that most CBD oils produced and distributed across Europe's maturing market contain legal, trace amounts (between 0.2–0.6%) of the mind-altering cannabinoid THC. Although this amount of THC is not enough to send you on a psychoactive trip, your job could be at risk if the employer requires drug testing.

This recent study by the Lambert Initiative precedes a soon-to-be-published investigation into the effects of cannabis on insomnia. You can find out more about the organization's research into the therapeutic use of medicinal cannabis by visiting the website at: www.sydney.edu.au/lambert.