The Canna Resolution 2020, By Dee Mani-Mitchell 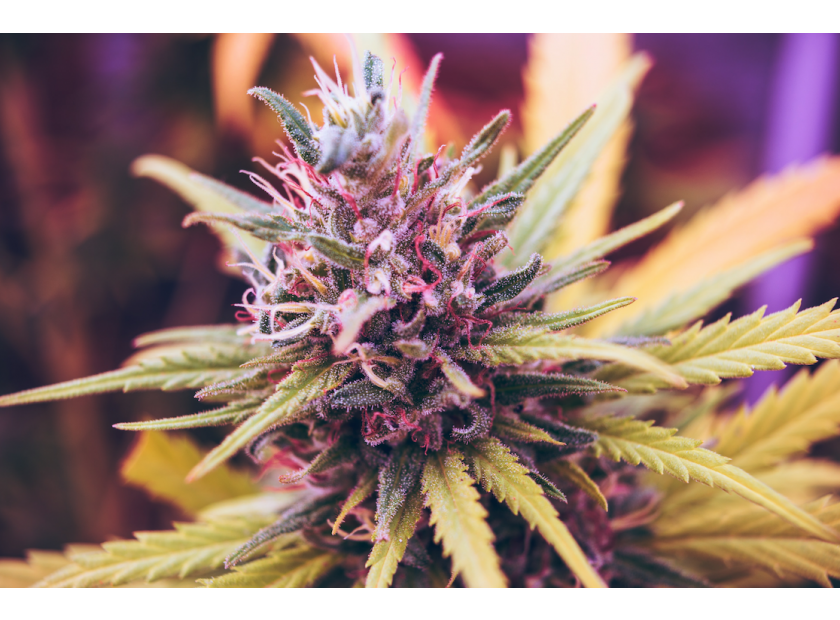 It's Almost that time of year again..

Most of us will look into taking part in the well-known tradition of New Year's Resolutions, the time where we commit to a promise to improve our life for the coming year.

Truth be told, many resolutions don’t even get to see the light of day, after all it’s the thought that counts, some may say, however after such a turbulent year when pretty much every single person has experienced some kind of upheaval due to the annoyance of the alleged pandemic, I think most of us will try to gain a hold of some control over our lives rather than the dictatorial rules from our governments. Perhaps an easier way to make sure we abide by our resolutions could be by incorporating some lovely cannabis for a smoother process. Here is a list of some of the most common promises and how cannabis can help. 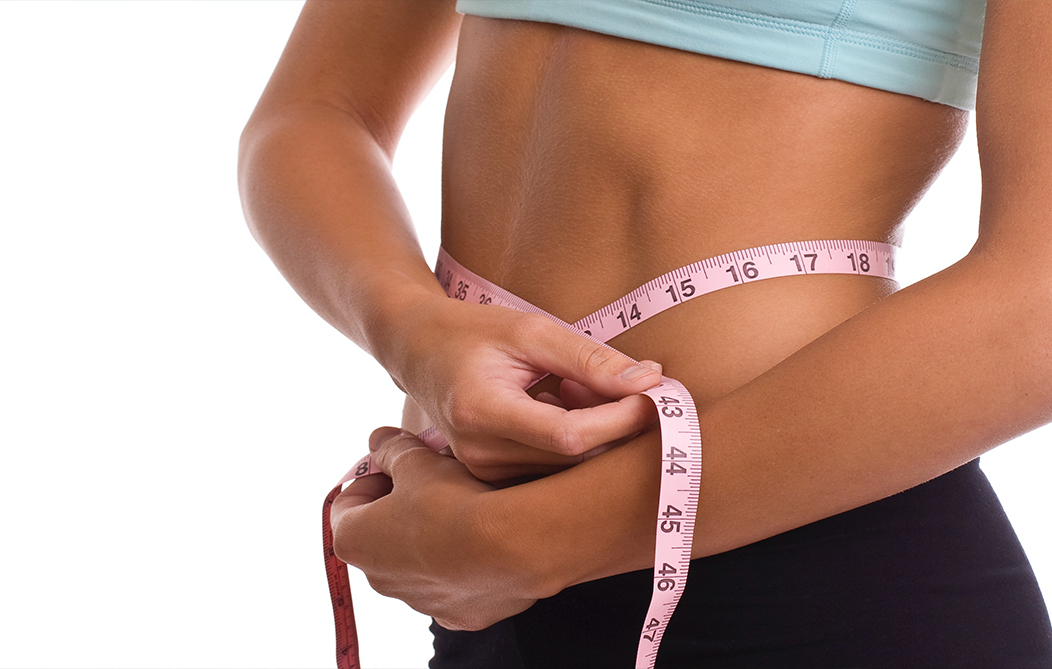 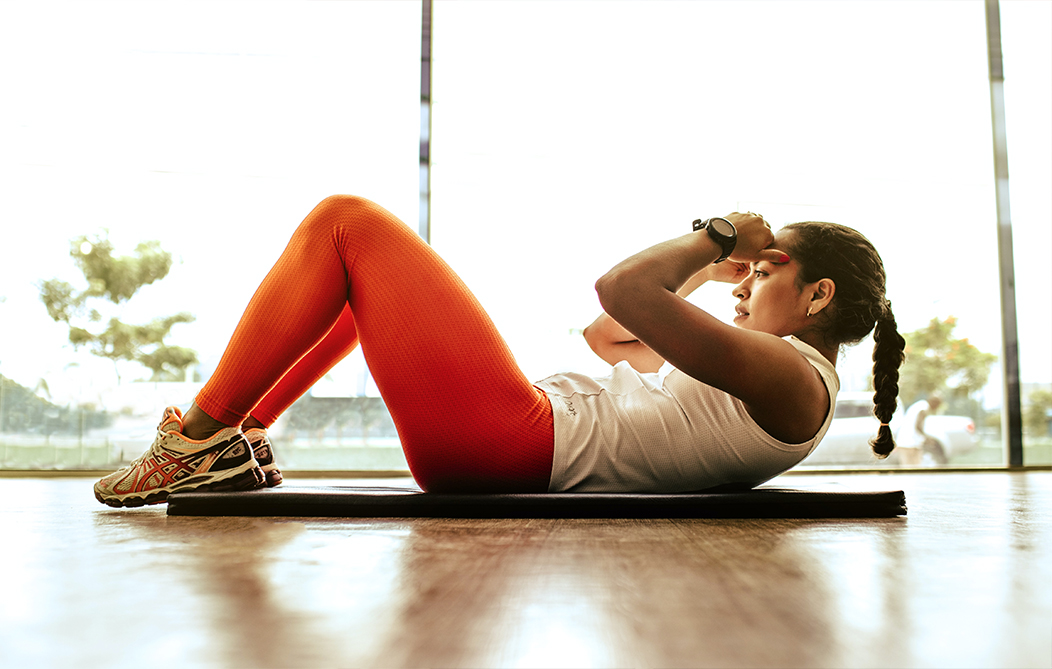 Always high up on the list, especially after the over indulgences of the Christmas festivities, however I think most people can relate that in 2020 we perhaps gained a little more excess than we normally would due to the never-ending lockdowns and lack of gym action. Ok, it’s well documented that most people using cannabis will experience “the munchies” so let’s first dive into that point as the munchies and dieting aren’t quite a match made in heaven. So, here’s the thing - or should I say here’s the scientific evidence to be more politically correct.

THC increases our senses, which is why when using cannabis our smell and hearing becomes more heightened, therefore our sensitivity to scents and flavors is also increased which convinces the brain that we’re starving, and we tend to want to eat more once we taste food as we can actually taste it more acutely.

Also, THC fits into receptors that are part of the brain’s natural endocannabinoid system, which helps to control emotions, memory, pain sensitivity and appetite, therefore THC can artificially alter the same factors in dramatic ways which in turn lead us to believe we are hungry and result to the munchies.

You’re probably thinking how can cannabis help to lose weight when all we want to do is raid the fridge?

Well, as we now understand that it’s the THC component that tricks us into believing we need food, we can turn to a cannabinoid that can help us lose that extra 10 pounds once and for all and that’s by using CBD oil. Studies have shown that taking CBD daily can help reduce belly fat and this is because CBD increases brown fat cells. These specific cells break down blood sugar (glucose) and fat molecules to create heat and help maintain body temperature. Cold temperatures activate brown fat, which leads to various metabolic changes in the body.

Most of our fat is white fat, which stores extra energy and too much builds up in obesity, however CBD increases our brown fat production, helping us to kick start our metabolism and burn more fat. 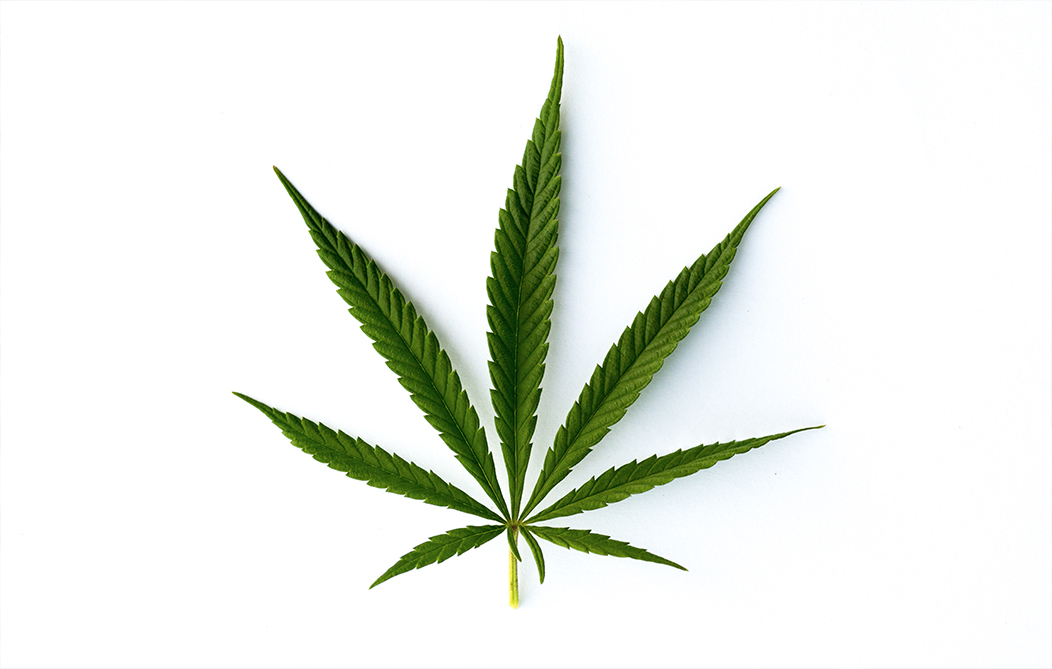 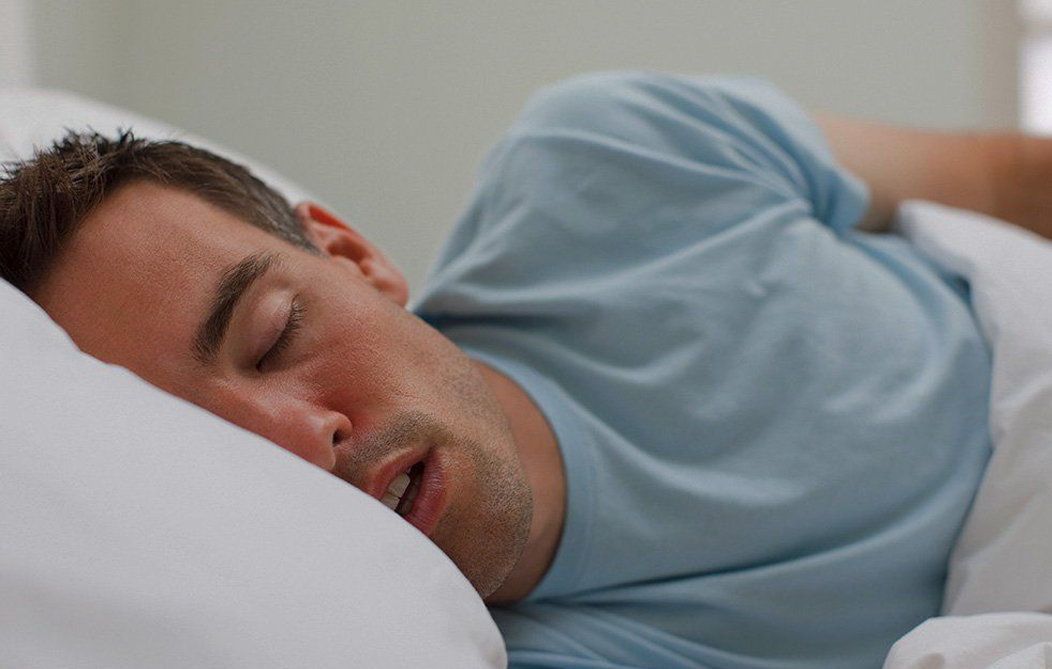 A survey late 2019, detailed that a shocking 70 million of Americans suffer with a sleep disorder and the National Institute of Health has detailed that 30% of the population complains of sleep disruption. Lack of sleep can affect your immune system and people that don't get quality or adequate sleep are more likely to get sick after being exposed to a virus such as a common cold virus.

Lack of sleep also affects how fast you recover if you do get sick. During sleep, your immune system releases proteins called cytokines, which help promote sleep, these also need to increase when you have an infection or inflammation or when experiencing times of stress. Sleep deprivation decreases production of these protective and powerful cytokines. Furthermore, infection fighting antibodies are reduced during sleepless periods. Long-term lack of sleep increases the risk of obesity, diabetes, heart disease and cancer.

THC is also connecting to an increase in slow-wave sleep, an essential aspect of restoration and recovery. CBD has also been shown to be effective in regulating sleep patterns and one of the principal reasons is due to its ability to mitigate the production of cortisol in the CB1 receptors of the brain and central nervous system, reducing anxiety and helping the brain enter into Rapid Eye Movement (REM) sleep pattern. 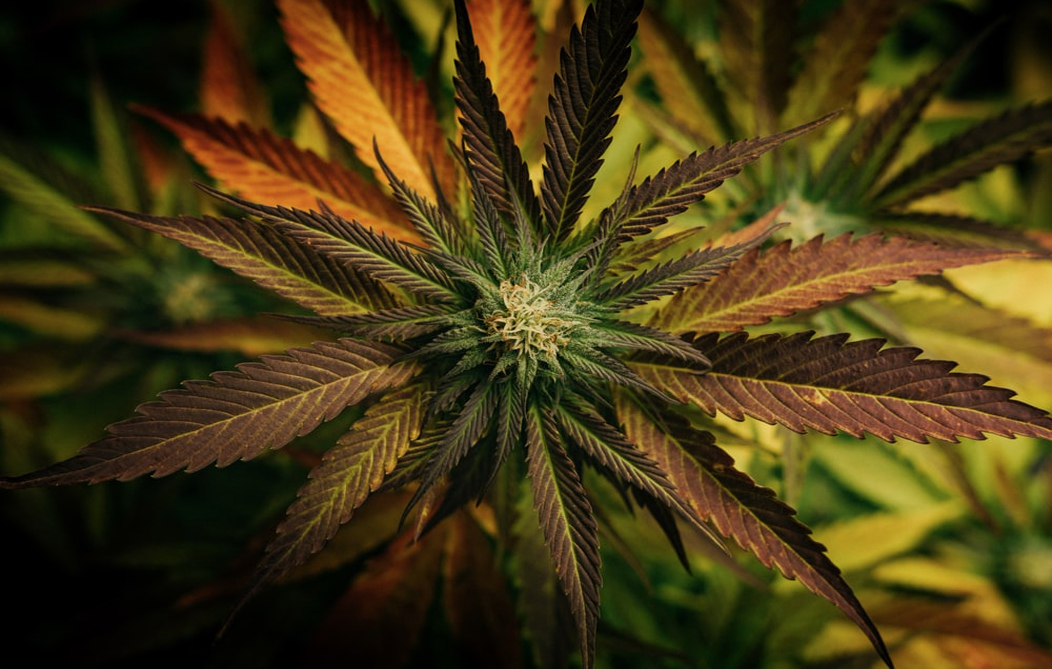 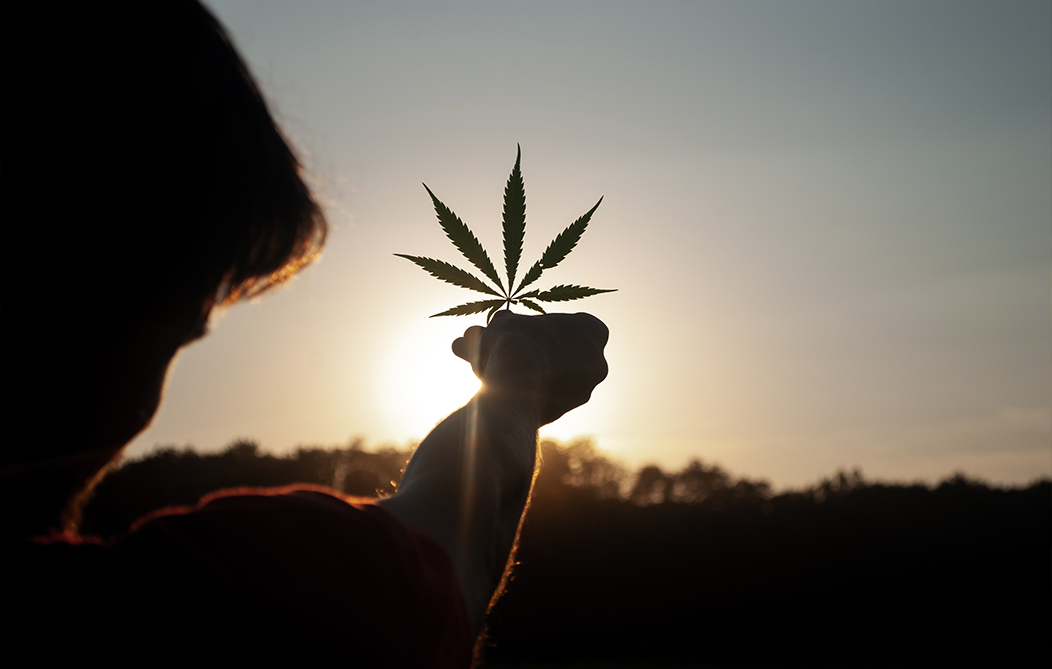 Another study found that nearly 1 billion people worldwide are dependent on cigarettes, with tobacco killing more than 8 million people each year, these are alarming figures and that’s without the spectrum of problems that smoking cigarettes can cause: shortness of breath, asthma, respiratory infections, cancer, heart disease, strokes, blindness, osteoporosis, infertility and many, many more.

The American Cancer Society states that only 4-7% of people are capable of giving up smoking without medicines or other help, while around 25% of smokers using medication manage to stay smoke-free for over 6 months, however there is a drawback to using medication which can bring on other side effects and other issues down the line. Not to forget there’s also the other pharmacological means including patches and gum with distressingly low success rates.

Smokers do indeed try to quit with psychological counselling and other types of emotional support and these can boost success rates higher than medicines, however these methods can be somewhat challenging to say the least.

Looking at the bigger picture, of all the reasons for which tobacco proves addictive for so many people, the fact that is contains nicotine is probably the least significant, it’s precisely the fact that it’s a habit which has been established over a long time, usually several years - that makes it so difficult to quit.

Humans establish everyday behavior by means of habits and the more ingrained a habit is, the more difficult it is to change. Smoking can be a part of nearly every aspect of a person's life; when engaged in a conversation, in a state of depression, waiting for a bus, after a meal, reading a book, consuming alcohol - whenever it’s deemed socially acceptable except when sleeping. The versatility of this habit makes it so incredibly difficult to correct.

A Study showed that CBD taken daily over two weeks resulted in a 40% reduction in their tobacco use on average, that same study also detailed that CBD aids with anxiety, a common side effect for anyone quitting or reducing their dependence on a substance as the interruption to the habit does as commonly reported cause anxiety, therefore replacing tobacco with CBD may be a useful substitute, purely because the user isn’t feeling the need to light up to manage the stress levels. 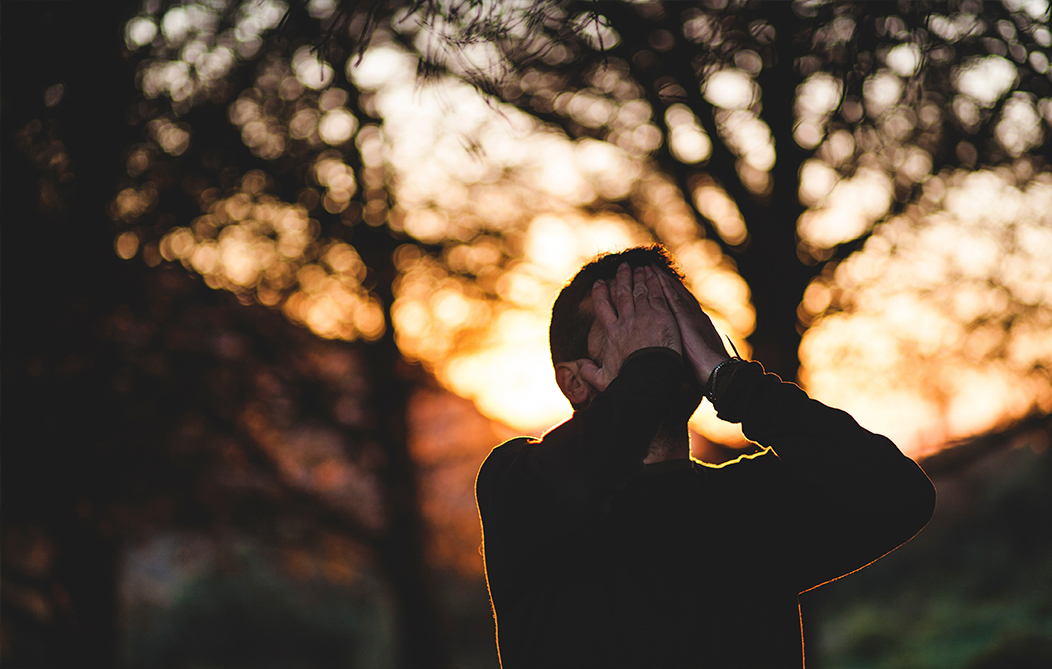 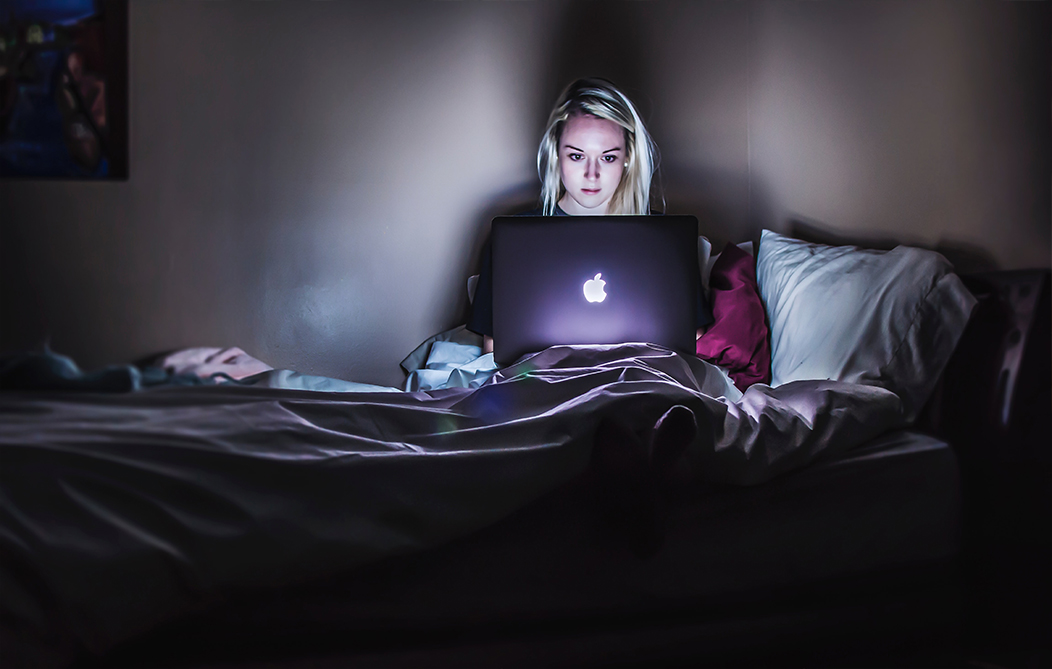 2020 has been an unprecedented year, kind of like looking through a dark tunnel with no light in sight, which has played havoc with most people's mental health. The feeling of being stressed can be triggered by any event that makes you feel frustrated or nervous. Anxiety is a feeling of fear, worry and general unease, it can be a reaction to stress, or it can occur in people who are unable to identify significant stressors in their life.

An American university study has examined how cannabis combats stress, anxiety and depression, the research suggests that by inhaling cannabis can significantly reduce short-term levels of depression, anxiety and stress. CBD has effects on the limbic and paralimbic areas of the brain, the area that produces our “fight or flight” response to stress. The stimulation of these areas through a CBD/THC combination has shown to significantly decrease anxiety, furthermore it’s reported that the oral use of CBD significantly reduces anxiety, cognitive impairment and social discomfort.

Of course, there is the chance that smoking cannabis may increase anxiety and that’s all dependent on the strains, so it’s always best to choose a strain that encourages restfulness such as Grandaddy Purple, Girl Scout Cookies or White Widow, however the THC could make users too rested to conduct their day-to-day activities, therefore CBD can be an excellent choice for times when alertness is needed.

CBD works with the endocannabinoid system by allowing receptors to take up more of the other cannabinoids, like THC, so adding a dose of CBD oil alongside your favorite strain will heighten the medicinal or therapeutic effects of cannabis without making you feel too stoned. Simply put, adding CBD won’t get you high, but it’ll bolster the anti-stress properties, which is exactly what you want and need.

Living Life To The Fullest 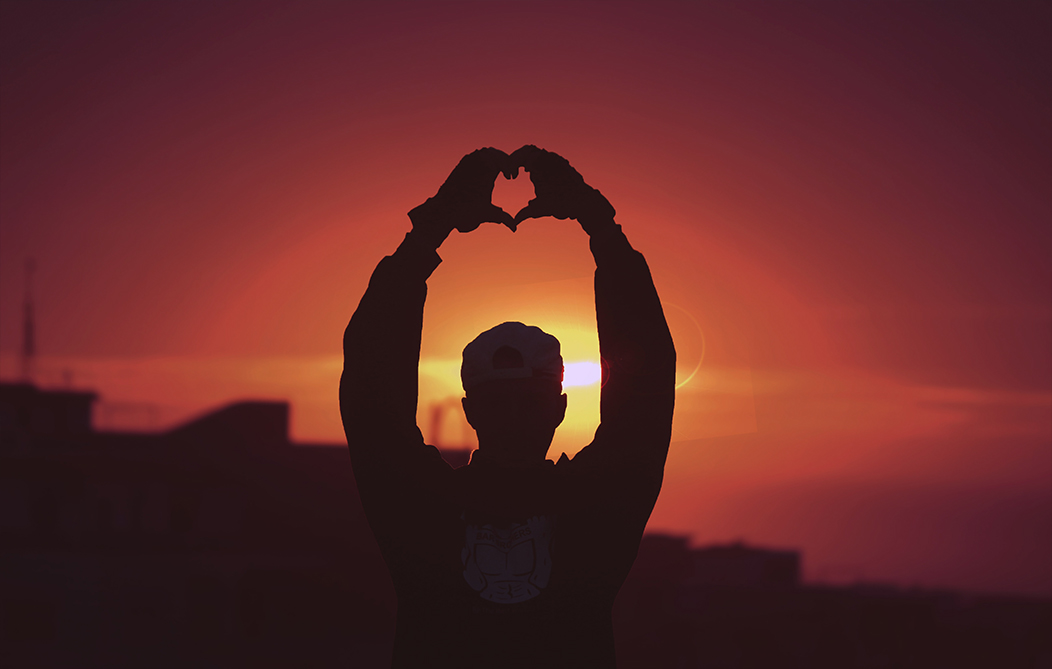 It’s no secret that most of us can’t wait to see the back of 2020, however rather than constantly focusing on the negatives that life brings, which are to a certain extent out of our control, we should be embracing as much positivity into our (somewhat more quieter) lives as possible.

Only we can make the decision to spend more time with the people and the hobbies we love, granted the lockdowns this year have prevented a huge proportion of these two simple but necessary activities, however we can focus on a better future and look forward to some amazing times ahead by using the remaining of this year to think about getting rid of all the extraneous baggage that eat up our time and energy.

The place to start is mindfulness, living in the present in a healthy body. Looking after your sleep, your diet, your addictions and your stress levels are a huge part of living life to its fullest. Cannabis can of course help with these factors as mentioned above, and cannabis is often known as an all-natural tool that can help with everyday anxiety, whilst maintaining a balanced healthy and active life without side effects of modern pharmaceuticals. But - it has to be a part of a much greater lifestyle change, a change that begins with you!