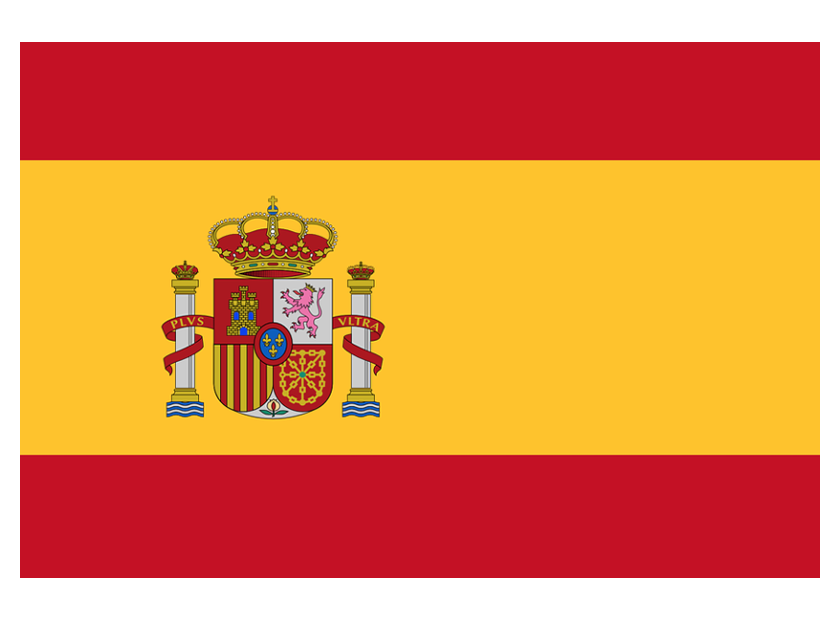 The Spanish Government is leaning towards the prospect of legalizing cannabis for medical purposes. Should this happen, Spain will join a growing number of European and international countries that permit medicinal cannabis use for the treatment of widespread diagnosable conditions and diseases.

An unexpected incident recently occurred when the Plenary Assembly of Congress approved the establishment of a subcommittee to investigate the medical use of cannabis. Once their investigation is complete, the Plenary is expected to compile a report outlining scientific proof of cannabis' therapeutic benefits, as well as the potential risks.

A handful of European countries have already started the process of regulating medical cannabis, including Germany, France, Portugal and Sweden. Beyond Europe's borders, cannabis is permitted for medical use in Australia, Canada and the United States

On May 13, the Comisión de Sanidad y Consumo (Spanish Congressional Health and Consumer Affairs Commission) successfully voted to form a subcommittee. The group will be tasked with investigating the prospective benefits of medical cannabis legalization.

In order to execute their mission, a report must be composed on the subject of policies in other countries. The subcommittee report should be submitted no later than six months from the project’s launch. Following its completion, the report will be evaluated by the Health and Consumer Affairs Commission.

Additionally, it will undergo review from the Spanish Congress.The findings will, hopefully, assist the government in determining best practices for a safe and lucrative medical cannabis market in Spain. Several groups have backed Spain's effort to study the benefits of medical cannabis, one of which was the Observatario España de Cannabis Medicinal (Spanish Medicinal Cannabis Observer).

Approved with 20 supporting votes and 14 opposing votes, the proposal was created with the aim of "giving a voice and listening to experiences of others and to everything that can enrich our own reflection: the legal bases, scientific evidence and technical difficulties for its implementation (of medical cannabis access).

" The measure was submitted following a statement from the government outlining how the "decision to create programs for the use of cannabis for therapeutic purposes in Spain will be taken, where appropriate, weighing the evidence that exists on its effectiveness of therapeutic treatment and the adverse effects of the use of cannabis.

"The new subcommittee’s duties will include analysis of governments that have already introduced regulated medical cannabis access programs; a task that relies on the input of foreign government workers and other industry experts.

Even before the Spanish government signed on to examine the effects of a prospective medical cannabis market, the production and export of medicinal-grade cannabis products was previously approved. Reports suggest that 19 companies have gained approval to cultivate medical cannabis in Spain so far.

Just a small number of authorized companies have been given the green light to grow the plant at commercial scale, such as:

Now that residents have the opportunity to cultivate and consume cannabis legally in Spain, the plant's acceptance and normalization continues to flourish. Evidently, this has resulted in the emergence of cannabis social clubs – a main appeal for global tourists

Spain's strict drug laws have forced many people who seek out cannabis for medical purposes to become a member of these clubs or, alternatively, go down the risky route of Black Market purchases.

Statista published a 2019 report on European cannabis consumption prevalence among adults in 2019. The results showed that 11% of Spain's (and France's) population admitted to having consumed cannabis within the last 12 months.

Furthermore, Prohibition Partners analysts predict that, if Spain legalizes medical cannabis and establishes a robust legal framework for prescriptions by 2022, annual sales could exceed €60 million by 2025. During the year 2025 alone, as much as 1,700 kilograms of cannabis flower will likely be used to treat more than 30,000 patients.

Spain is in its Nascent Stages of Cannabis Reform

Cannabis is still illegal for commercial purposes in Spain, but the plant has been decriminalized for personal cultivation and consumption, as well as for other purposes that exclude sale or trade.

It's clear that Spain is progressing in terms of cannabis reform, with Canadian cannabis company Tilray recently declaring that it had completed an export of Good Manufacturing Processes (GMP) certified medical cannabis from Portugal to Spain. The export was completed via an agreement with Worldpharma Biotech through its wholly-owned subsidiary Tilray Portugal Unipessoal Lda.

Legal loopholes and so-called grey areas have also enabled entrepreneurs to open cannabis social clubs in highly populated places. One such example is Barcelona, where more than 300 clubs can be found.

Support for Cannabis in Spain is Growing

It goes without saying that much of Spain's population is still resistant to the idea of legalization. Nonetheless, support is growing, as confirmed by a recent poll. Carried out by the Centro de Investigaciones Sociologicas (CIS), the research found that 50% of Spaniards are in favor of legalizing cannabis for adult-use purposes. Until Spain's cannabis laws change, anyone caught selling or importing the plant—regardless of the quantity—will be charged with a criminal offense. As a result of this, the convicted individual will endure a stint in prison. On top of that, individuals caught using, buying or carrying cannabis in a public place will be charged with a misdemeanor punishable by product confiscation and a fine.

It is estimated that 900,000 growers work under the radar of the law. The cannabis Masterplan is set to begin in October 2021. As soon as the cannabis Masterplan was made public, Labat Africa, a local corporation in South Africa, jumped off the blocks. In May, Labat bought a 75% stake ($816 000) in Leaf Botanicals.

Not to be outdone, Gold Leaf, one of South Africa's first commercial cannabis brands – and Highlands Investments (formerly Canopy Growth) in neighboring Lesotho, entered into an eye-watering merger deal for a South African record of  R650 million ($45million).“This will be the biggest vertically integrated cannabis business venture in Africa.

Highlands’s investors will get 35% shareholding in the resulting entity whilst Gold leaf will take 65%, the bigger share,” says Warren Schewitz, the founder of Gold Leaf.South Africa's cannabis startups are still way cheaper in terms of market capitalization and earnings volumes compared to European, American or Chinese cannabis corporations.

“What you ́re seeing with these cannabis mergers are players saying: hey, the underground cannabis black market is about to be throttled,” argues Juru Dennis Juru, president of the Africa Cross boarders Trading Association which works to bring seamless cannabis trade rules among nations of South Africa, Lesotho, Zimbabwe and Mozambique.

“Emerging markets are lucrative.” This could be one of the reasons why South Africa cannabis investors know that foreign players are coming but they should invest in the South African cannabis sector on more or less the terms of local players.

It ́s probably the reason why Labat also partnered with American company Ace and Axle in May to produce and sell its “CBD smokables” in South Africa, thus potentially controlling how foreign players arrive and navigate the blooming South African cannabis scene. “Ring-fencing is the word,” Juru says. “South African cannabis corporations are waking up to the potential in their backyard and rushing to slice the cake ahead of foreign players. “The cannabis sector is getting very nationalistic worldwide.”