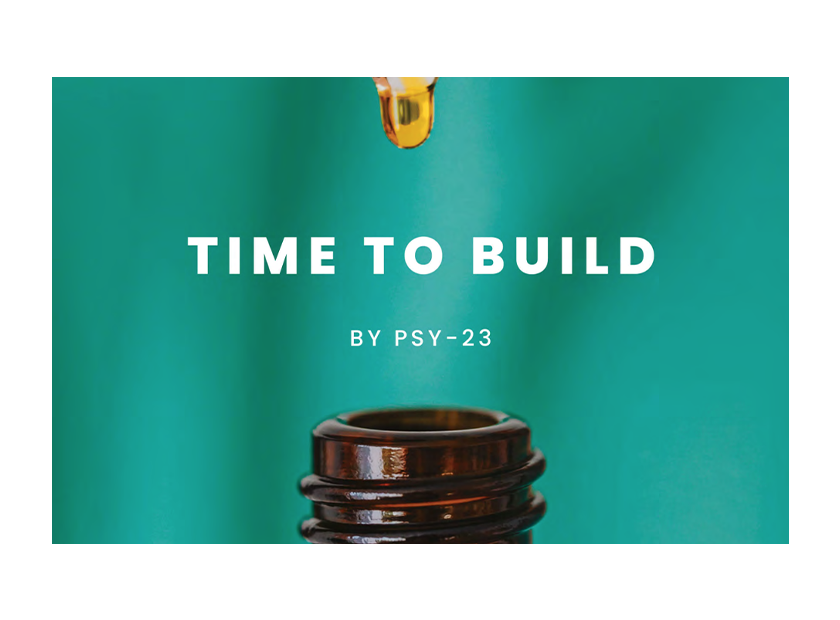 Recently, we had the chance to speak with the CEO of Bioharvest Sciences, Ilan Sobel, about the exciting developments and progression they have made with their revolutionary BioFarming technology.

You may have read in a previous issue about their research into cannabis and their proprietary systems that allow them to essentially grow trichomes in a medium in a much shorter timeframe than you would need for a traditional grow.

Essentially this means that they can grow trichomes without the need for growing the plant, but this is an evolution of a naturally-occurring process. Add in the fact that this enables complete control over the end product and it's easy to see why this is a very exciting prospect for the future of cannabis and cannabis-derived products.

When speaking with Ilan it is clear that he is an incredibly passionate and driven individual. We spoke about his plans to build from these initial tentative steps as they consider the numerous applications for the 'Amalgamated Trichome Structures' which they have previously managed to cultivate.

Having already established themselves as a company that can deliver results through the continued success of 'Vinia', it's clear that he has no intention of resting on his laurels, so to speak, and they have now managed to make a major breakthrough which has the potential to take this already-impressive achievement to the next level. When occurring in nature, the trichomes on cannabis are formed on the surface of the flower or leaf when the plant moves into its bloom stage.

They serve numerous purposes, including acting as a form of defence from animals and insects, but the main point of focus for many is that they act as miniature cannabinoid factories, per se, and help to develop potency, terpenes and flavonoids. The rate of growth, density of trichomes and overall levels of THC/CBD (and the countless other cannabinoids) of a plant is something that can vary wildly.

Interestingly, there is no real link between the appearance of an abundance of trichomes and the actual quality of a particular plant and, as such, more trichomes doesn't magically mean that it will have more of an effect on the consumer. While traditional growers may seek to produce higher concentrations of trichomes through the application of a broader light spectrum, it is often more dependent on the genetics of a particular strain than something which the grower can influence too dramatically. People often use trichomes as a way of assessing the ripeness of a plant, as the subtle color changes in the heads are a good indicator of maturity.

While this is not a perfect science, it remains the preferential method for many growers around the world.Over the past decade, the dedicated team at BioHarvest have been the forerunners of this evolution in plant cell biology and their initial success in cultivating their Amalgamated Trichome Structures (ATS) has only spurred them on to greater achievements. In a huge breakthrough they recently announced that they have managed to grow multiple trichomes in a stacked coral-like structure which provides them with much greater stability and allows for the growth process to be upscaled at a far greater rate than they previously thought possible. During the growth process the trichome structures develop inside a bioreactor and are subject to the motions of the fluid medium.

As these are such delicate structures there was a fear that attempting to grow on a larger scale could potentially lead to disaster, but the discovery that they can be grown in Amalgamated Trichome Coral Structures (ATCS) looks set to revolutionize the process all over again.

This breakthrough is a huge positive and solves one of the key issues the team faced when they first started their research into the potential of cannabis to be grown in this way. As the trichomes are grown without the naturally-occurring support structures of the traditional stems/stalks, there were concerns that the trichomes might be more fragile and breakdown while in the bioreactor. As a result of the unstable conditions within the bioreactors (which contain a liquid medium in a state of dynamic flow) there was an awareness and understanding from the outset that this would be a likely hurdle that the team would have to overcome eventually.

In overcoming this problem, BioHarvest Sciences have pushed science even further into a possible future and opened the doors to an even greater range of opportunities for them to break into the thriving cannabis industry in both the medical and recreational markets.One of the first benefits to come from the formation of the ATCS is that it has already provided the team with the stability they needed to upscale their production.

As the new coral formations mean that the trichomes grow more densely than before, the decision was made to move the process to a much larger bioreactor (roughly 250x the scale of previous grows). This is a massive accomplishment, but Ilan is confident that this is just a steppingstone to even greater things. Now that they have seen how the ATCS copes with the strain of being in a much larger process it has inspired their confidence ten-fold and a move to an industrial-scale bioreactor is now the next goal they intend to aim for.

He firmly believes that the transition to significantly larger bioreactors will be a relatively straightforward process, thanks to their knowledge and the success they have already seen, and this upscaling will allow for the bioharvesting of cannabinoids to be commercialized more easily.

In preparation for the expected expansion of their product range with the continued success of their R&D team, focus has begun to shift towards the legal side of bringing their products to market. Ilan was keen to stress that this method of trichome production is unique in that they have complete control over every aspect of the process.

What this means is that they are able to produce consistent results with exact levels of THC being precisely achieved within each production run.

In a release on their official website, Ilan outlined the appointment of two top-ranked law firms as a clear indicator of the company's intentions to push forward at speed. He was quoted as saying: "We have recently reached critical milestones in our Cannabis and cannabinoid development program that underscore that underscore the urgency of obtaining all the necessary legal and regulatory approvals.

Cannabis and cannabinoids represent an important vertical for BioHarvest. With our technology, we believe we can help meet the demand for high quality, consistent and sustainable medicinal and wellbeing products.