Will Mexico Legalize cannabis in 2021?, By Dario Sabaghi 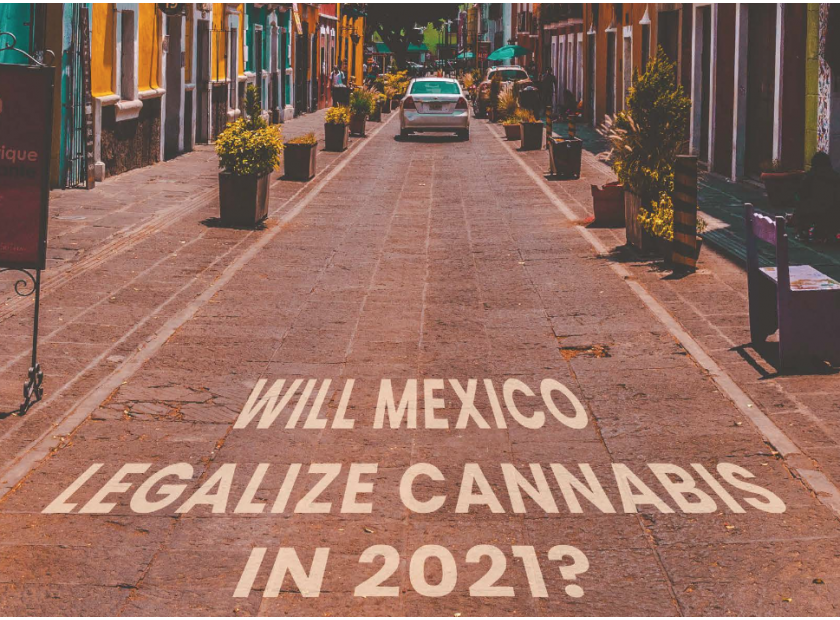 The Supreme Court has extended, once again, the deadline until the end of April 2020 to allow the Mexican Congress to consider giving Mexicans cannabis legalization.

The Supreme Court approved the extension due to the COVID-19 outbreak, giving the Chamber of Deputies of the National Congress the time necessary to finalize the approval of cannabis law, as the Senate already approved the legislation in November.

This is the third time that the Supreme Court extended the deadline allowed to the Mexican Congress to legalize cannabis since 2018 when it ruled that it was unconstitutional to ban the adult-use cannabis.

The path to legalizing cannabis began two years ago when the Supreme Court declared as unconstitutional the law prohibiting possession and use of cannabis. The Court argued that the effects of cannabis aren’t so harmful to ban it outright. So, the Court asked the government to regulate cannabis legalization by October 2019.

However, in November 2019, the Mexican Senate asked for an extension of the deadline after the failure to reach a consensus of all political parties for the approval of a cannabis legalization law. So, the deadline was postponed in April 2020.

But for the second time, the National Congress missed the deadline ruled by the Court due to the Coronavirus outbreak. A new deadline was set for December 2020. Although Mexico’s Senate approved the bill in November, the Chamber of Deputies postponed the deadline to improve the regulatory framework on cannabis.

Cannabis is still illegal in Mexico. Its use was decriminalized in 2009. Medical cannabis has been legal since 2017, but only using cannabis with a THC level of less than 1%.

The proposal to legalize cannabis for recreational use would allow people to get up to 28 grams of cannabis flowers for personal use and every person would be allowed to grow up to six plants at home. People may apply for an authorization to own more than 28 grams, but they can't possess more than 200 grams. This proposal would also establish an ad-hoc institution (Cannabis Institute) responsible for issuing commercial licenses and developing rules for the market.

Furthermore, the bill contains provisions to promote social equity, prioritizing cultivation authorizations for individuals who live in the communities most affected by the war on drugs. This proposal would also regulate the industrial hemp sector.

However, the path that brought this proposal to be approved has not been easy. The Court’s decision to commit the government to regulate the cannabis market met more than a few obstacles.

Several positions contribute to making legislation difficult. The Mexican Catholic Church is concerned that cannabis will drive as a gateway to heavier drugs and degrade the social fabric. But also 58% of Mexicans seem to be against legalization, according to a recent poll by El Finaciero. However, it keeps in mind that the ideological orientation of the interviewees plays an important role in the answers. In fact, supporters of the left-wing parties tend to be more in favor of legalization in contrast to right-wing supporters.

Anti-legalization campaigners believe that legal cannabis would favor big corporations. Also, it won’t benefit local farmers who cultivate cannabis for organized crimes because they won’t meet requirements and standard procedures to produce cannabis due to expensive costs. However, lawmakers who are working on this proposal argue that one of the most important effects of legalization will be to cut cannabis smuggling profits.

Regarding the creation of a legal cannabis market, legalization would generate around 1 billion dollars a year, according to the chairman of the Senate Justice Committee Julio Menchaca. Furthermore, lawmakers are also working on legalizing industrial hemp, which would create new markets.

Legalizing cannabis in Mexico also means preventing harmful use of cannabis through information and research, as well as generating new income for the country and fighting back against organized crime.

But even if legalization will come into force, Mexican institutions will have to legislate the rulemaking process through the Cannabis Institute. There are practical aspects to be cleared. For instance, how cannabis will be distributed, what will be the regulation regarding CBD, how exports will work, and so on.

However, cannabis legalization may impact the Mexican economy in the short-term period, especially for the expectation of foreign investments, especially from the US. But at the same time, lawmakers have to try to benefit by prioritizing local farmers and communities hit by the war on drugs to save them from organized crime.

Mexico will have to wait until 2021 to understand if legalization will come true and how it will work, what problems will arise and how the Cannabis institute will regulate this new market. Its effects won’t be visible in the short-term.

As it happened in other countries where legislation came into force, including Uruguay, Canada and the U.S. (at the state level), Mexico will need time to break in. Full cannabis legalization is a recent phenomenon that clashes with social stigma and lack of information due to decades of prohibition.

However, cannabis legalization in Mexico would represent a fundamental step for the global cannabis advocates, and it can encourage more countries to adopt policies able to decriminalize or even legalize cannabis.